For me, the past year held numerous changes, and many of them have been recorded here.

As I accumulate quotes for the Overheard series, I am reminded how lucky I am to be surrounded by such pithy, funny and wise people.

I started my Sunday nature series to add some color to an otherwise text-dominated blog. I do not claim to be a nature photographer, and admit some pictures are more effective than others. However, I learned the importance of focusing on at least one interesting thing each week.

I cannot predict what next year will hold, but I’ll probably end up blogging about it.
Posted by Ann Finkelstein at 6:00 AM 3 comments: 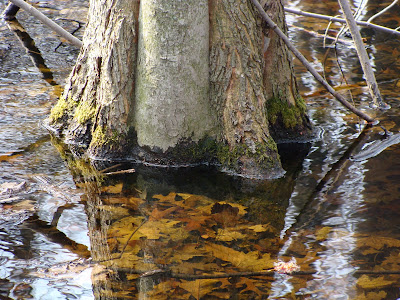 Photo by Z.F. Burton
Click on the photo to magnify it.
Posted by Ann Finkelstein at 6:00 AM 1 comment:

On Knitting and Writing

I once knew a woman who was a terrible knitter, but she had a wonderful sense of color and texture. She’d buy fabulous collections of yarns and create beautiful, striped blankets. When the blankets were washed, they’d fall apart because she’d dropped so many stitches.

As I understand it, there are two ways to repair dropped stitches.
1) A skilled needle-person can rescue the dropped stitch in with a crochet hook.
2) The knitter can rip out the knitting back to the mistake then knit it again.

By now the analogy to revising a novel must be obvious.

First drafts may be full of dropped stitches. The loose loops can either be crocheted back into the story or the manuscript can be rewritten.

Today I read all that I have of TAoCBS. I’m searching for a crochet hook.

Click here to see how to repair a dropped stitch.
Posted by Ann Finkelstein at 8:26 PM No comments:

Lately I've been thinking that this is a metaphor for my career. So here are a few pick-me-up links:

Debbie Diesen's Library Loving Challenge.
Kirby Larson's two posts about Laurie Halse Anderson. (Read them, then get back to work!)
A sweet story about why one highly published author started writing books. (Read the bio.)
Everyone has days like this.
Posted by Ann Finkelstein at 7:54 AM No comments:

"I read it in the news-pixels."
Posted by Ann Finkelstein at 9:29 AM No comments: 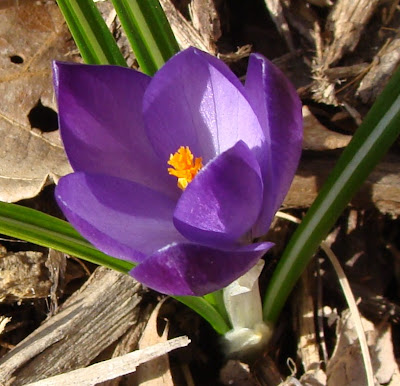 Photo by me.
Posted by Ann Finkelstein at 7:33 PM No comments:

This weekend, robins staked out their territories on the baseball diamond at the park. A single red-winged blackbird perched on a withered cattail over the marsh. Skunk cabbages have started to sprout.

I read two novels, went on three bike rides, and totally ignored my WIP.
Posted by Ann Finkelstein at 6:59 AM No comments: 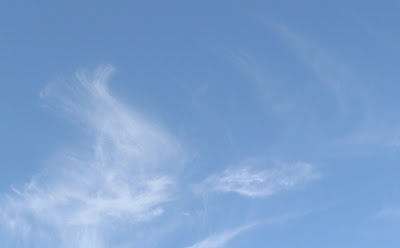 "Pain is the best teacher."
Posted by Ann Finkelstein at 8:44 AM No comments:

Who knows what evil lurks in the hearts of first drafts?
The Shadow knows!

I'm counting on The Shadow to help me find, expand, then conquer the evil in my remaining chapters.

Family Counseling for Your WIP

or why I’m not a psychologist

Write a scene that displays the conflict between your protagonist and the family member. Write it from the family member’s point of view. Try to include some of the little irritating things.

Write a scene in which the protagonist and the family member try to make up, but end up in a worse conflict. The scene can be written from either point of view.

Posted by Ann Finkelstein at 10:09 AM No comments:

Part of my critique group meets one evening a month for writing exercises. Often the scenes I create, never make it into a WIP. The few passages that do appear in a manuscript are changed significantly.

The goal of a useful exercise is to help the writer discover something about his or her WIP. Last night, I brought the exercise, and a glaring problem with my WIP smacked me in the face. The central conflict between the brothers in my novel is nebulous. I need to clarify it.

My exercise was more difficult than I'd intended, and we didn't finish all of the steps. Everybody wrote one scene, and most of us complained about having to think too hard.

Postscript: Last night I worked on my current WIP (TAoCBS), but my previous WIP (CBL) could also benefit from this exercise. And since I need to revise CBL before I send it out again, this exercise might be a good place to start.
Posted by Ann Finkelstein at 7:12 AM No comments:

I asked my sons if they'd noticed that when I pack their lunches,** I wrap the napkin around the drink so they have to take it out of the bag. Then I asked if they use their napkins.

Sam said he usually gives his napkin to someone who needs it more than he does.

That kid has a heart of gold, if sometimes a messy face.


*Yes, I know I haven't blogged about writing lately, but I did have a couple math-related posts. And since I write about teens, real-life teenager interactions must be related somehow. 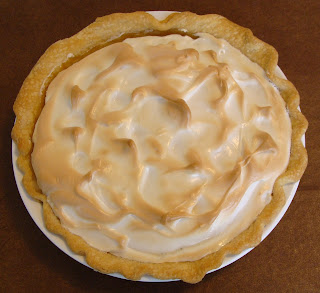 As part of our Pi Day celebration, my sons lobbied for a lemon meringue pie. I haven't made one in years, so I forgot how much effort is involved. But here it is.

Sam pointed out that we could also celebrate Approximate Pi Day on July 22 because 22/7 is an approximation for π.

I told him that would be Inverse Pi Day. (Think visually.) 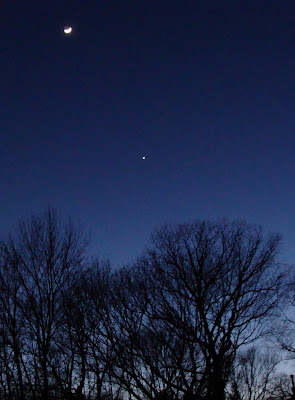 Photo by me.
Apollo and Venus.
Next time I'll use the tripod.
Posted by Ann Finkelstein at 6:00 AM 2 comments:

Today is π Day - March 14 or 3-14. I will arrange for this post to appear at 1:59 AM to get a few more digits into my celebration.
I found some fun links.
pi day site
one million digits of pi
pi facts
cool graphic of a circle unrolling
pi song
Posted by Ann Finkelstein at 1:59 AM 2 comments:

My Sons Think It's Weird

My sons think it's weird when I greet them at the door after school. If I hear them drive up, I open the door wide and watch them laughing together as they come up the walk. It's one of the best parts of my day.
Posted by Ann Finkelstein at 1:23 PM 2 comments:

Some days I feel that the asymptote is the mathematical model for my writing career.

What is an asymptote? Googling the word results in many links but few clear definitions. An asymptote is a line that a curve approaches, getting ever nearer, but never crossing, even if you extend the curve to infinity. Now the metaphor is obvious.

A favorite example of an asymptote is y = 1/x because it has both vertical and horizontal asymptotes. As you make x smaller and smaller, y gets larger and larger. But when x becomes zero, y is infinity. You can't plot infinity, so you never intersect the y-axis. The same is true for the x-axis, but this blog post is getting pretty nerdy, so I'll stop here.

What is the solution to an asymptotic career? Change the equation!
Posted by Ann Finkelstein at 5:39 AM 2 comments:

Waiting for the Coup

There is always a point during the first draft when my WIP takes over my brain. The characters hold me hostage, and the plot stages a sit-in in my cerebrum. Even when I’m not writing, I can’t escape. My desk becomes littered with little notes about changes. (Wouldn’t it be orderly to keep them in a notebook or even an envelope?) My chapter headings acquire large graffiti-like markings, “So-and-so has to do such-and-such.”

Sometimes the coup occurs on the first page of chapter one.

Since my brain is not under occupation, there is plenty of room for The Voice of Doubt.
You’re not the person to write this story.
You think you can be funny? Ha!
Is this novel about something?

Yesterday was a good writing day. I started to hear the rumblings of revolution. Maybe the coup is at hand.
Posted by Ann Finkelstein at 7:41 AM 4 comments:

"Nothing great was ever achieved without enthusiasm."
Posted by Ann Finkelstein at 1:31 PM No comments:

Sparing matches in Tae Kwon Do are scored on a point system. Each ring has a center judge who acts as a referee and three corner judges who keep track of points. When a contestant lands a solid kick, the corner judges record the point by pushing buttons on electronic controllers. The data is fed to a laptop computer operated by a parent (like me).

On Saturday, I volunteered at a Tae Kwon Do tournament, and Eric, the black belt heavy metal rock star, was a corner judge in my ring. One of the kids who was waiting to compete had inched forward onto the mat, and was in danger of getting kicked or tripping the competitors. Eric put out his foot and gently nudged the kid off the mat. He never took his eyes off the sparing match.

Eric, the black belt heavy metal rock star, can multi-task.
Posted by Ann Finkelstein at 9:19 AM No comments: 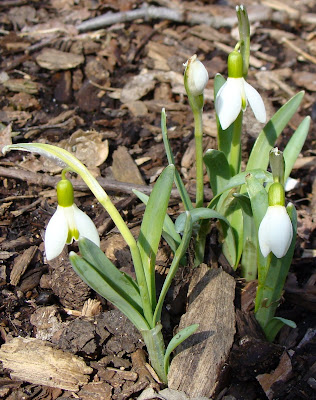 Photo by me.
The deer missed this one!
Posted by Ann Finkelstein at 6:00 AM 1 comment:

What do you call the moment in a novel when the protagonist is faced with an impossible choice? Is it a turning point or a moment of truth? Graham Salisbury calls it a pigeon moment and anyone who has read his novel, Under the Blood-Red Sun, will understand why.

Right now, my WIP doesn’t have one. At least I don’t know what it will be. Thinking this was a critical flaw in my plan, I hesitated about leaping into the writing. Then I remembered how the moments of truth for other novels popped into my brain. For G&G, I’d written only a few chapters, but I was working on a synopsis for a critique group exercise. That book’s Tough Choice was really a symmetry consideration. If I started here, I had to end there. For CBL, the action involved in the Big Moment came from a Write Night exercise, but the emotional impact didn’t strike me until I actually wrote the scene in the next to last chapter.

So I trudge forward, searching for truth.
Posted by Ann Finkelstein at 9:08 AM No comments:

My new exercise regimen involves the spring clean up of a yard with many large and lovely trees (burr oak, yew, ash, wild cherry and a smattering of maples). Today I spent two hours raking and managed to clear one half of one side of the house. I am already aware that I used many winter-dormant muscles.

Who needs an expensive membership at a fancy health club?

I have a rake.
Posted by Ann Finkelstein at 4:02 PM No comments:

"There's a reason why "wind sprints" and "shin splints" rhyme."
Posted by Ann Finkelstein at 6:41 AM 1 comment:

1. I just learned over at Jacqui's Room that today (03-03-09) is Square Root Day. When Math-Kid-Sam gets home from school, I will certainly greet him with that news.

2. Yesterday we saw a marsh hawk roosting on a dead tree in the back yard. I hope she and her mate will decide to nest here. (I was unable to get a photograph.)

3. Thanks to a heads up from Ruth McNally Barshaw, I found Anastasia Suen's blog, Children's Book Biz News. Wow, what a wealth of information!
Posted by Ann Finkelstein at 2:04 PM No comments: 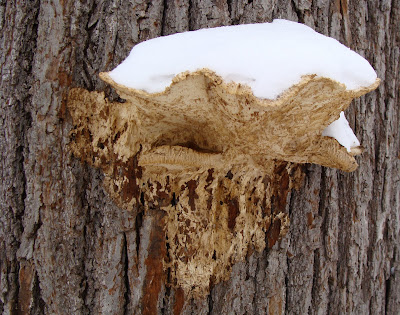 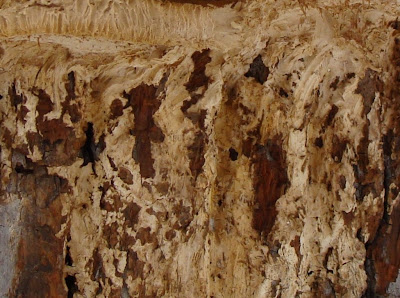