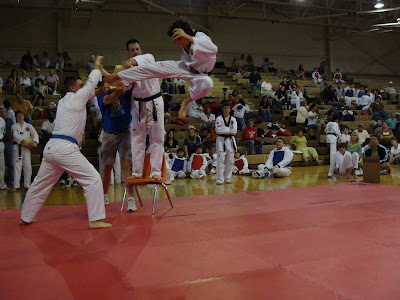 This picture of Sam was taken in 2008 at the Great Lakes Cup.
Posted by Ann Finkelstein at 6:00 AM 1 comment:

The Story I Should Have Told

On the first evening of the Highlights Foundation Whole Novel Workshop, we were asked to tell a story about our writing lives. Mine was a long and rambling tribute to the World’s Greatest Critique Group. Several weeks later, I realized this story is more to the point.
One day when Jeremy was in middle school, he teased me about my physical condition by tweaking the loose skin on my upper arms. He did not use a rude or disrespectful term like “bingo wings.” I told the story at critique group, fully expecting to be told my arms looked great. Instead, they gave me a set of weightlifting exercises to correct the problem. I still do them every morning.
As I’m sure you’ve guessed, this is an extended metaphor for the writing process.
Posted by Ann Finkelstein at 8:22 AM 1 comment: 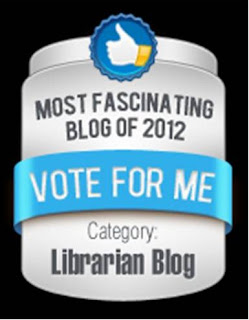 Voting has started for the Most Fascinating Blog of 2012 and will continue through March 6, 2012 at 11:59 PM (EST).
Here's the link to the Librarian Blog page. Scroll down to find the voting button. The blogs are listed by URL, so Words and Pixels is listed under http://annfinkelstein.blogspot.com.

I'm looking forward to visiting the other blogs that were nominated.
Posted by Ann Finkelstein at 6:17 AM 1 comment: 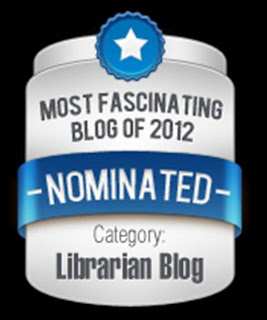 I'm delighted to announce that Words and Pixels was nominated for the Most Fascinating Blog of 2012. Apparently, a post I wrote about my friend and former colleague Fang Shi Min caught their attention.

Voting starts next week. I hope you'll consider voting for Words and Pixels. (I'll post a reminder and a link when the polls open.)
Posted by Ann Finkelstein at 6:31 AM 5 comments:

The World’s Greatest Critique Group has been discussing how a quieter chapter can provide respite for characters and readers after an action-packed sequence. Quiet scenes must still have tension, but internal conflict affects the reader differently than physical action.
I have traced the emotional dynamics in my manuscripts in several ways (shrunken manuscript, Excel file and storyboarding), but I haven’t differentiated between excitement caused by action and tension caused internal conflict. Ruth McNally Barshaw suggested I graph the emotional impact of each scene.
Using an Excel file, I identified each event with a short phrase then rated its emotional impact. I plotted action above the x-axis and internal conflict below. Obviously some events have both physical and emotional impact, so I made an arbitrary designation and tried to be consistent. I divided my novel by events so I could assess the transitions between scenes.
Isn’t my graph lovely? (Click on it for an expanded view.)

The purpose of this type of exercise is not to confirm that the manuscript is perfect, it is to elucidate areas that need revision. The section between 61-66 seems like a good place to start.
Posted by Ann Finkelstein at 7:01 AM 7 comments: 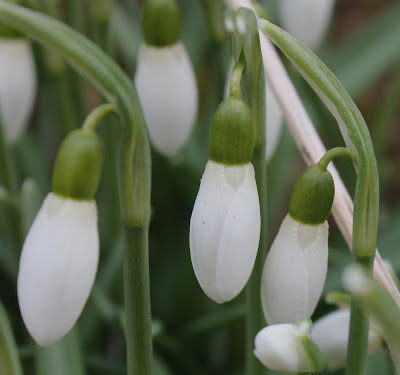 I find snowdrops difficult to photograph. The deer haven't discovered this bunch yet.
Posted by Ann Finkelstein at 6:00 AM 4 comments:

What I Learned from Storyboarding

I finally sat down and storyboarded my WIP. For each chapter, I drew a picture of the key scene, described it using an action verb, and noted the primary emotion. It was well worth the time and effort.
My limited drawing skills make it difficult to differentiate between characters, so I color coded them. My female protagonist was pink and her love interest was blue. The other boy was green because the love interest is jealous of him. The grandfather was gray, and the Russian woman was red. Even so, I found the drawing part challenging, and wondered if simply stating the action would be sufficient. No. It was too easy to deceive myself by using an action verb to describe a scene in which two people are talking.
I discovered my chapter breaks need work. I plan to remove all of them, then read through the novel and set breaks in more natural places.
By flipping through the cards, it’s easy to see high and low points in the action. While tension should ebb and flow in every manuscript, it’s altogether possible I have too many ebbs.
Posted by Ann Finkelstein at 7:33 AM 5 comments:

"That was before the halcyon days of copy/paste."
Posted by Ann Finkelstein at 7:00 AM 1 comment:

It's my turn for the nasty cold. At least no one will ask me to stand on a stage and sing - as Jeremy had to do when he was recovering from this virus.

Instead of blogging this week, I'll provide a link to writing advice. It's worth a look.
Posted by Ann Finkelstein at 6:50 AM 1 comment: 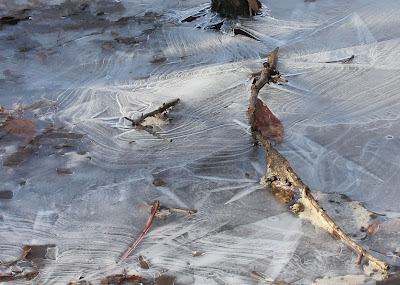 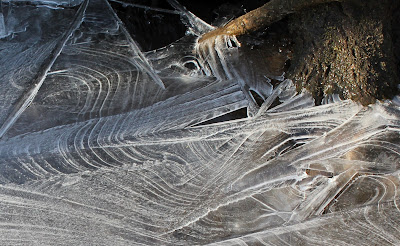 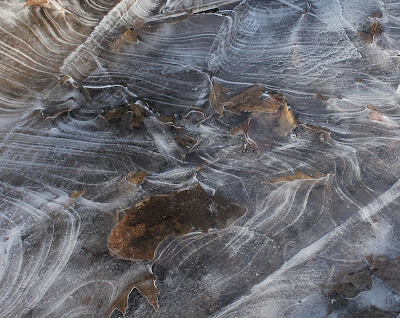 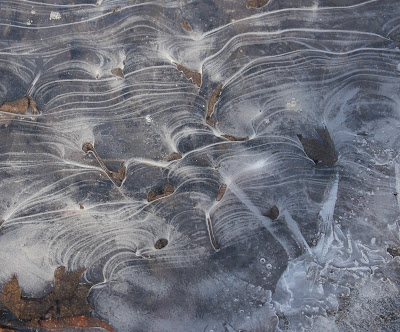 "Coffee is the better part of valor."
Posted by Ann Finkelstein at 6:00 AM 4 comments: