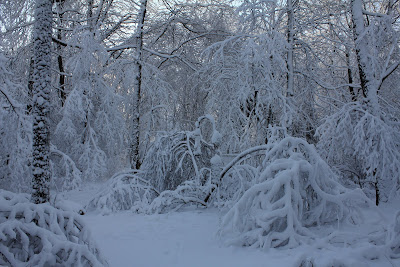 Tomorrow we start driving to Boston for Jeremy's audition. Let's hope this is all the snow we're going to see for a while.


I took this picture before the sun was all the way up to avoid glare.
Posted by Ann Finkelstein at 11:30 AM No comments: 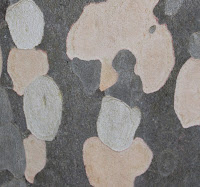 Yep, the picture is a close up of sycamore bark. This link is better than the picture I took of the whole tree.

And now for the awards! 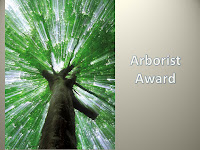 goes to Rebecca and Lori who guessed it was tree bark. 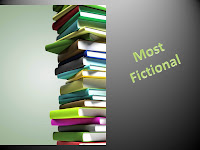 goes to Debbie Diesen who suggested “a patch of psoriasis on the elephant you used to ride when you worked for a traveling circus.” I’ve never worked for a circus, unless you count those 18 months with the USDA. 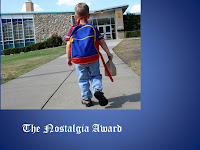 goes to Charlie B. who suggested it was “one of Sam’s first grade art projects.” Charlie gets extra points for identifying the objects in the painting. 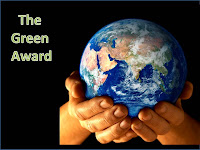 goes to Ruth McNally Barshaw who said it was “a close up of wrapping paper for earth-friendly gifts.” Absolutely, and it’s recycled paper too. 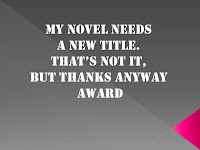 goes to Buffy Silverman who suggested it was a map for my upcoming fantasy novel, “Finkelstein Crosses the Gray Sea and Ravishes the Kingdom of Small Pox.” 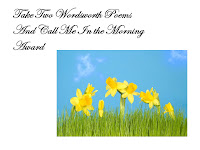 goes to Amy Huntley who wrote, “Ahhh... my utterly unRomantic relationship with Nature explains why I failed to see the bark connection everyone else thought was so obvious."
Thanks for humoring me.
Award Images courtesy of Power Point clip art.
Posted by Ann Finkelstein at 6:40 AM 1 comment:

"Finish it up so there will be a clear day tomorrow."
Posted by Ann Finkelstein at 7:24 AM No comments:

I have much to be thankful for - including my readers.
Enjoy the holiday.
Posted by Ann Finkelstein at 6:09 AM 1 comment:

In preparation for the upcoming familial feeding frenzy, I have embarked on my own cleaning/shopping/cooking frenzy. In keeping with the spirit of celebration, I’m holding a mystery photo contest. The winner will receive leftover turkey shipped to his or her home.
Not really. Much of our leftover turkey will be sent to college with Sam to nourish him through his upcoming final exams.
There are no prizes.
But there will be awards!
All you have to do is guess what the photo is and tell me in the comments section. 
See you on the other side. 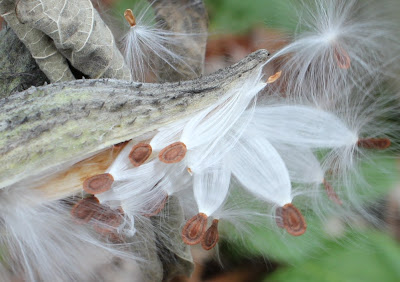 "Panic is part of the process."
Posted by Ann Finkelstein at 6:00 AM No comments:

Shutta Crum is hosting a cool contest. She's giving away a copy of Children's Writers and Illustrators Market. Click the link for details.
Posted by Ann Finkelstein at 8:41 PM No comments:

Storyboarding Is Not Just for Picture Books Anymore

Novels in their early stages tend to be unwieldy collections of scenes. In order to become a novel, causality must be established. Each scene must lead inexorably (yet unpredictably) to the next. Tension, emotion and the presence of secondary characters should also be tracked. A storyboard can help. The entire technique is described in Writing Stories: Ideas, Exercises and Encouragement forTeachers and Writers of All Ages by Carolyn Coman, but here’s a brief overview.

If you do this on index cards, it’s easy to rearrange the order of the scenes.

You can check for sequences where the action or tension is lacking.
You can monitor the ebb and flow of emotions.


Here’s my example from Harry Potter and the Goblet of Fire, the scene where Harry fights Lord Voldemort in the graveyard. 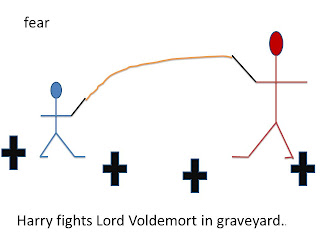 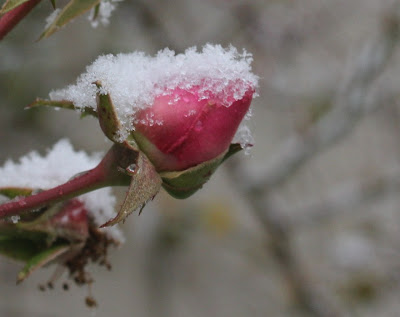 Posted by Ann Finkelstein at 6:00 AM 3 comments:

"No one at this table needs to use a semicolon."
Posted by Ann Finkelstein at 6:00 AM No comments:

So far, my experience with Paris consists of aerial views and two four-hour layovers in the Charles De Gaulle Airport. Many Americans go to Paris to shop, and on my return trip from Italy, I was no different. I had finished my book, and I don’t yet own an e-reader. Thinking that the shops at Charles De Gaulle airport must sell books in English, I began my search, and was finally rewarded by finding an entire shelf of books written in my mother tongue. An elderly American couple joined me.
“How about that one?” the woman asked.
“I’ve read it,” the man said.
This conversation was repeated about ten times, and the man was starting to sound cranky. I couldn’t blame him. We were both faced with the prospect of traversing the Atlantic without a book. Most of the wife’s suggestions were thrillers or mysteries, so I handed him Eye of the Red Tsar by Sam Eastland.
“You might like this,” I said. “It’s historical fiction about the Russian revolution.”
“Oh, thank you!” The man rushed off to buy it.
I’ve always wanted to be a librarian.
Posted by Ann Finkelstein at 10:21 AM 1 comment:

I’m going to continue my posts about things I learned at Honesdale, but this is about something I felt at Honesdale. The Whole Novel Workshop was an opportunity of a lifetime. It was a solid week of writing, complete with a brilliant critique of my entire novel, insightful comments from my peers, and spectacular food prepared by other people. I worried that I wasn’t accomplishing enough during my Opportunity Of A Lifetime. Since I returned home, I realized three things.
1.  A revision of this magnitude requires hard thinking first and hard work second.

2.  Real writing, for the most part, doesn’t happen in a cozy cottage surrounded by spectacular fall foliage. It happens around teenage rock bands that show up at dinnertime, mountains of laundry, and days when AWOL characters can’t be coaxed onto the monitor.

3.  Writing must be done for its own sake. In the face of uncertain economic times and the changing publishing industry, the only thing a writer can do is make the writing as good as it can be.
Posted by Ann Finkelstein at 10:39 AM 5 comments: 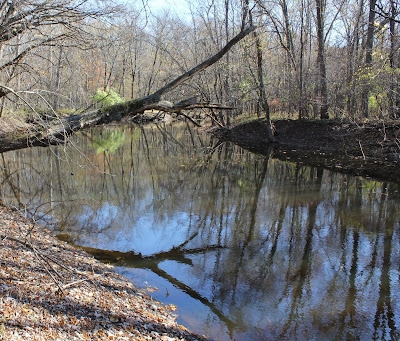 back at the Red Cedar River 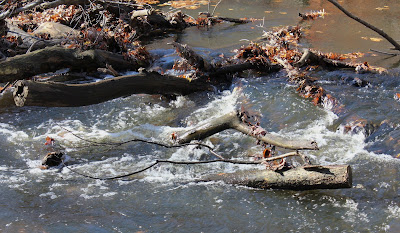 The water is running faster than three weeks ago. 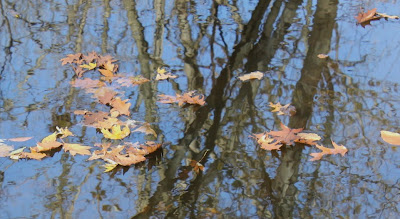 Most of the leaves have fallen.
Posted by Ann Finkelstein at 6:00 AM No comments:

"I can’t tell you how many times I’ve crossed the street to avoid a palindrome."*
*Overheard statements do not necessarily reflect the views of the management.
Posted by Ann Finkelstein at 6:27 AM No comments:

Several years ago, I heard Jaïra Placide speak at an SCBWI conference. For me, the most important thing she said was, “Every draft should have a purpose.”
When revising, it’s easy to ignore the big issues and fiddle with words, but word tinkering should be left for the last step. I find that my revisions are most effective when I focus on a specific goal for each draft. These goals are large issues like adding personality to a secondary character, making a character’s voice consistent, or getting the characters into the action sooner.
At the Whole Novel Workshop in Honesdale, I was reminded that every draft should have ONE purpose. In my current revision, two of the main characters are exchanging roles, and it’s easy to be overwhelmed by the enormity of this task. I keep reminding myself that this draft is for stage management. All I’m doing is moving the characters around. At this point, it doesn’t matter if the writing is clunky or if the characters have lost their voices. I’ll fix those things in subsequent drafts.
Posted by Ann Finkelstein at 11:41 AM 2 comments: