Progress Report:
Approximately 1/3 of my current revision is complete. I've cut one subplot, one character and over 3000 words.
Posted by Ann Finkelstein at 6:28 AM No comments:

"To be a good math teacher, you have to be a few standard deviations from the mean."
Posted by Ann Finkelstein at 6:46 AM No comments: 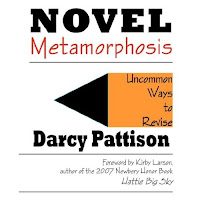 Darcy Pattison's book arrived from amazon on Friday. I got as far as the one-sentence chapter summaries. Then, I realized that my current revision is all about subtracting subplots, adding scenes, dividing chapters and multiplying problems. I need a coherent document before I start Darcy's plan.
Soon.
Posted by Ann Finkelstein at 6:34 AM No comments: 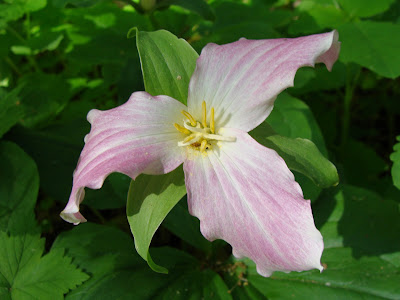 Photo by Z.F. Burton
Posted by Ann Finkelstein at 10:07 AM No comments:

A Star is Dead.

About 88 million years ago, a star collapsed in a massive thermonuclear explosion. This news, traveling at the speed of light, reached planet Earth on January 9, 2008.

Why is this supernova different from all other supernova? Usually star death isn't detected until after the explosion (and release of light), but Dr. A.M. Soderberg had been observing a different supernova when she detected an unexpected burst of X-rays nearby. This flash of X-rays was the first hint that a star was about to die. Soderberg and colleagues were able to watch the new supernova explode.

Read more about this in the New York Times Science section, or see the abstract from Nature.
Posted by Ann Finkelstein at 1:08 PM No comments:

"There's nothing worse than someone getting to the point, so early in the sentence."
Posted by Ann Finkelstein at 10:20 AM No comments:

Yesterday, I finished Twisted by Laurie Halse Anderson (Viking, 2007). This novel helped me figured out what ails my own WIP.

I'm wondering why I didn't see this sooner.

Probably/maybe/hopefully, I'll review Twisted on Write Brainers, my critique group's blog.
Posted by Ann Finkelstein at 6:07 AM No comments:

The Odds Were Against It 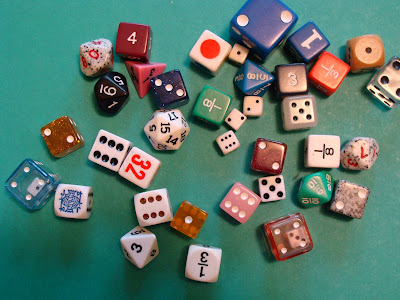 Amazingly, I won one of the manuscript critique slots at the upcoming SCBWI-MI conference. My critique is with Sarah Cloots, an editor at Greenwillow Books.
Posted by Ann Finkelstein at 10:43 AM 1 comment:

Yesterday evening was Write Night, and I brought the exercise. Kay Grimnes suggested I post it here.

3. Zero in on one of these scenarios.
a. Who started the fight?
b. How do things change if the other character starts the fight?
c. Why is the fight important? (stakes)
d. What does each character have to lose?
e. Are there hidden reasons for the fight? (Are the characters fighting about something trivial because they can’t/won’t verbalize the critical stuff?)
f. If so, how can you, as a writer, communicate the hidden, important stuff?

4. Write a scene describing the build up to the quarrel or fight. (The build up to a blow up may occur over many scenes, choose one.)

5. Write a scene describing the quarrel or fight.

6. Repeat 4 and 5 with:
a. The other character starting it, or
b. A major change in intensity (a quarrel becomes a fist fight or one character refuses to rise and stalks off in a huff, or laughs etc.) or
c. A different cause resulting in the same quarrel.
Posted by Ann Finkelstein at 6:36 AM No comments:

"If the mean value theorem stopped working, the universe would collapse in fiery ruin."
Posted by Ann Finkelstein at 6:25 AM No comments:

Yesterday evening we had a power failure. The entire street lacked those incredibly useful misplaced electrons that power our electronic entertainment.

In December 2006, an ice storm knocked out power for a chilly 48 hours, so now my neighborhood knows what to do. Within an hour of the power failure, everybody had their gas-powered generator fired up and connected to their refrigerators and sump pumps. 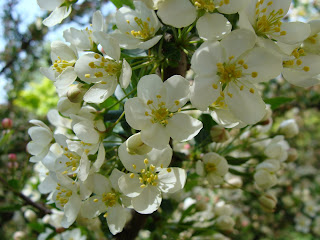 We had time on our hands. My younger son brought his acoustic guitar down to the living room to play for us. Later I heard my older son giving my younger son advice on his upcoming year in high school. My husband and I sat on the front porch, smelling the crab apple blossoms, speculating when the peony buds would open, and listening to the generators.

Then the power came back.

Maybe we do this more often.
Posted by Ann Finkelstein at 6:34 AM No comments:

This morning on Darcy Pattison's blog, I encountered a link about quantity vs. quality. The theory is that producing high quantity gives an artist room to experiment and learn. In the end higher quality is achieved through experimentation.

My current WIP is a hefty 70,000 words. I realize that is not outrageous for a YA novel, but it will be a better manuscript when I've trimmed it to fighting weight. I've produced the quantity, I merely need to sift and winnow* for quality.

* I went to graduate school at the University of Wisconsin, Madison, home of the sifting and winnowing plaque. (I am not the young woman in the picture.)
Posted by Ann Finkelstein at 6:58 AM No comments: 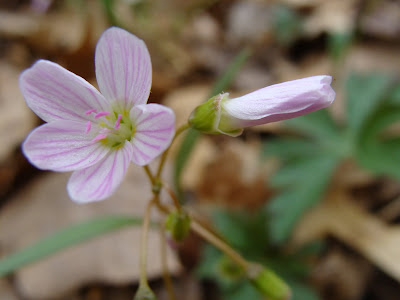 Photo by Z.F. Burton
Posted by Ann Finkelstein at 3:05 PM No comments:

Something to Strive For

I found this definition in Dictionary.com

The word, compelling, is often applied to manuscripts. The discussion goes on to discuss strong characters, intelligent plots and unique voice. Yet the terms are still imprecise enough to include that moment of magic when a writer causes an "irresistible effect" on the reader to obtain his or her "acute admiration." There can be nothing wishy washy about acute admiration. It is an arrow to the heart, that causes the reader to fall in love with written words.
Posted by Ann Finkelstein at 2:32 PM No comments:

I wish I could say my revisions were going swimmingly.

At least they're going again. I need to cut A LOT. Perhaps I should keep a tally of words removed instead of words written.

"Driving is a non-contact sport."
Posted by Ann Finkelstein at 6:44 AM No comments:

Lately, I haven't read a book that swept me away. I don't know if I'm cranky, or if my library-shelf-perusal-time has been rushed. I wanted to find a stellar book to review on Write Brainers. No luck, so far. I'll have to keep searching. (tough job, but somebody has to do it)

Paula Payton introduced me to a cool website for keeping track of books. Goodreads can be used to record and/or review books, or to hold book discussions with a group. I'm part of a book discussion group from SCBWI-MI, although, I'm not sure I'll take time to post additional opinions of our books of the month. The site does keep an orderly list of the books I've read. It also displays cover art which a simple Excel file wouldn't do.

I haven't encountered a lightning moment, but I've enjoyed many small flashes of insight. Lightning bugs? I hope, someday, the total lumens will add up to a revised novel.

I'm about to pull up my socks and submit the first two chapters of my work-in-progress for a paid critique at the SCBWI-MI spring conference.

Paid critiques at conferences are awarded by lottery. Statistically speaking, the chances of me getting one are small. There are 8 slots for one-on-one critiques, and about 150 people will attend the conference. Here is where the math gets blurry. I don't know how many of the 150 would want a critique, and how many are ineligible because they received a critique at last fall's conference. Still, what do I have to lose?
Posted by Ann Finkelstein at 8:38 AM No comments: 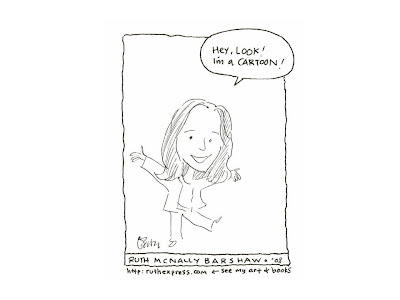 Ruth McNally Barshaw drew this cartoon of me after Debbie Diesen's book reception for The Pout Pout Fish when my critique group met for lunch.

Five links in one sentence - not bad.

To see more of Ruth's art, check out her book, Ellie McDoodle, Have Pen Will Travel.

And her upcoming book, Ellie McDoodle, New Kid in School.

Both books are from Bloomsbury.
Posted by Ann Finkelstein at 8:01 AM No comments: 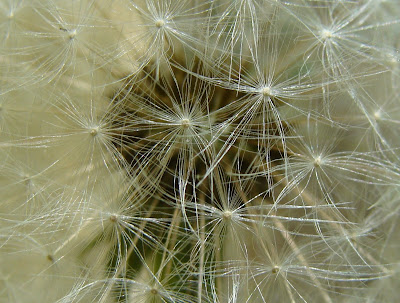 Photo by Z.F. Burton
Click here for the before picture.
Posted by Ann Finkelstein at 5:43 PM No comments:

“If bullets could kill, this would be a lethal résumé.”
Posted by Ann Finkelstein at 8:07 AM No comments:

Scientists have detected protein sequences from a 68 million year old Tyrannosaurus rex fossil. Like wow! Until last week, I would have said it was impossible.

Let me explain why this is so cool.
1. 68 million years is such a long time, it’s hard to contemplate.
2. Proteins generally don’t last long because organic materials decay. This is a giant soup bone that has been in the back of the fridge for millions of years.
3. Fossils form when minerals replace the components of bone, so nearly all fossils are preserved bones. Sometimes paleontologists find the impressions of hair, feathers or organs, but the actual tissue is long gone.
4. Collagen, the protein they managed to extract, is usually not preserved. Think about a human skull. Where is the nose? Noses are made of collagen, so they don’t fossilize. Tweak your nose. It bends because the inner structure is made of collagen.
5. The collagen they did extract was from the center of the femur (thigh bone). Scientists speculate that this T. rex was preserved in an oxygen-free environment which prevented the decay of some soft tissue.

The peptide sequences from T. rex were compared to similar peptides from living animals. More similarities were found between T. rex and living birds (chickens and ostriches) than between T.rex and alligators. This provides further evidence that living birds are derived from theropods (bipedal, meat-eating dinosaurs).

The New York Times science article can be seen here.

Posted by Ann Finkelstein at 7:55 AM No comments:

"Self esteem is over rated."
Posted by Ann Finkelstein at 6:49 PM No comments:

Some Muddy Spots and a Sprinkling of Dead Wood 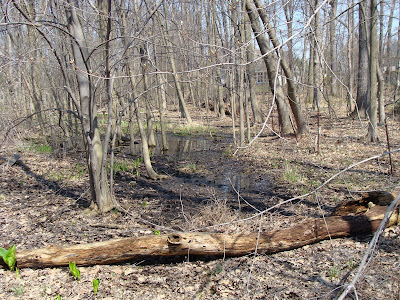 Photo by Z.F. Burton
My revisions have stalled. I could spend this post listing excuses. The critical reason is the lack of a new idea. Still banging my head, still hoping to see lights.
Posted by Ann Finkelstein at 9:38 PM 1 comment:

"Spare the red pen, spoil the manuscript."
Posted by Ann Finkelstein at 10:13 AM No comments: 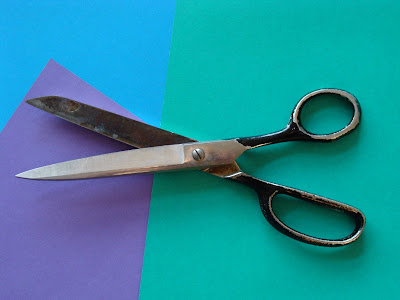 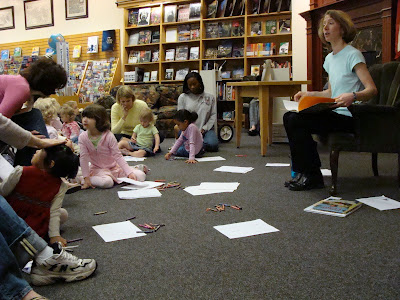 Today I attended a book reception for Debbie Diesen's new book, The Pout Pout Fish. What fun. No one was pouting, and Debbie was terrific. Click here to read a book review by Lori VanHoesen.

The Pout Pout Fish was published by Farrar Straus Giroux in 2008.

Posted by Ann Finkelstein at 4:49 PM No comments: 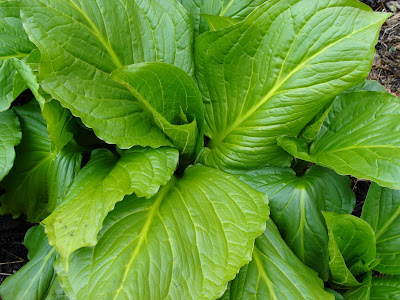 My new revision idea isn't working. The concept looked pretty from a distance, but when I got close, I discovered it stinks. Thus, the skunk cabbage. What I need now is a better idea, a lightning moment, a flash of clarity. My husband says, "Sometimes you have to bang your head on something for a long time before you start to see lights." Bang. Bang. Bang.

On a lighter note, the center of the cabbage depicts a Fibonacci sequence. (Look at the diagrams at the right of the link.)

Posted by Ann Finkelstein at 6:33 AM No comments: