The irises and peonies bloomed a few weeks ago. 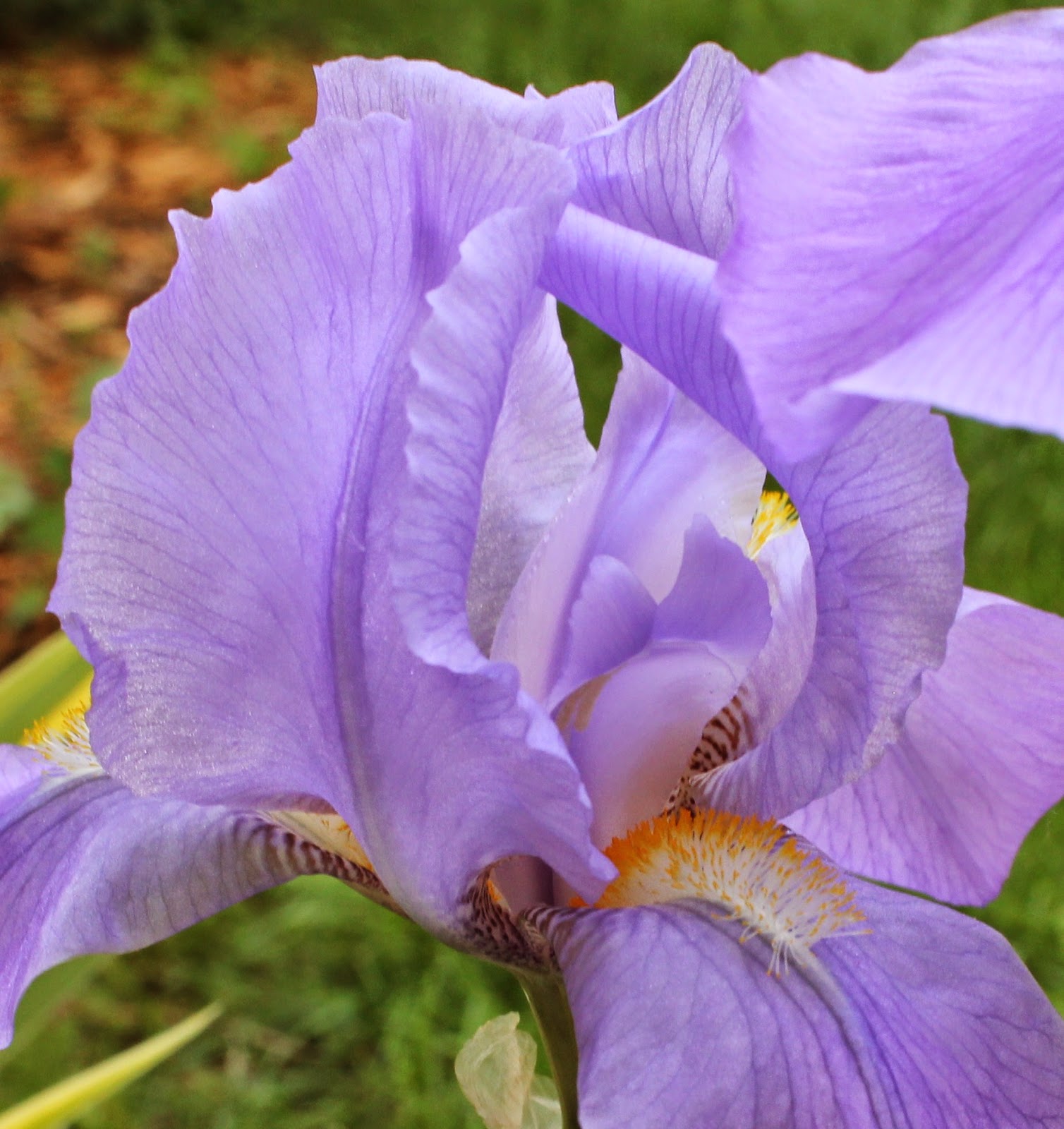 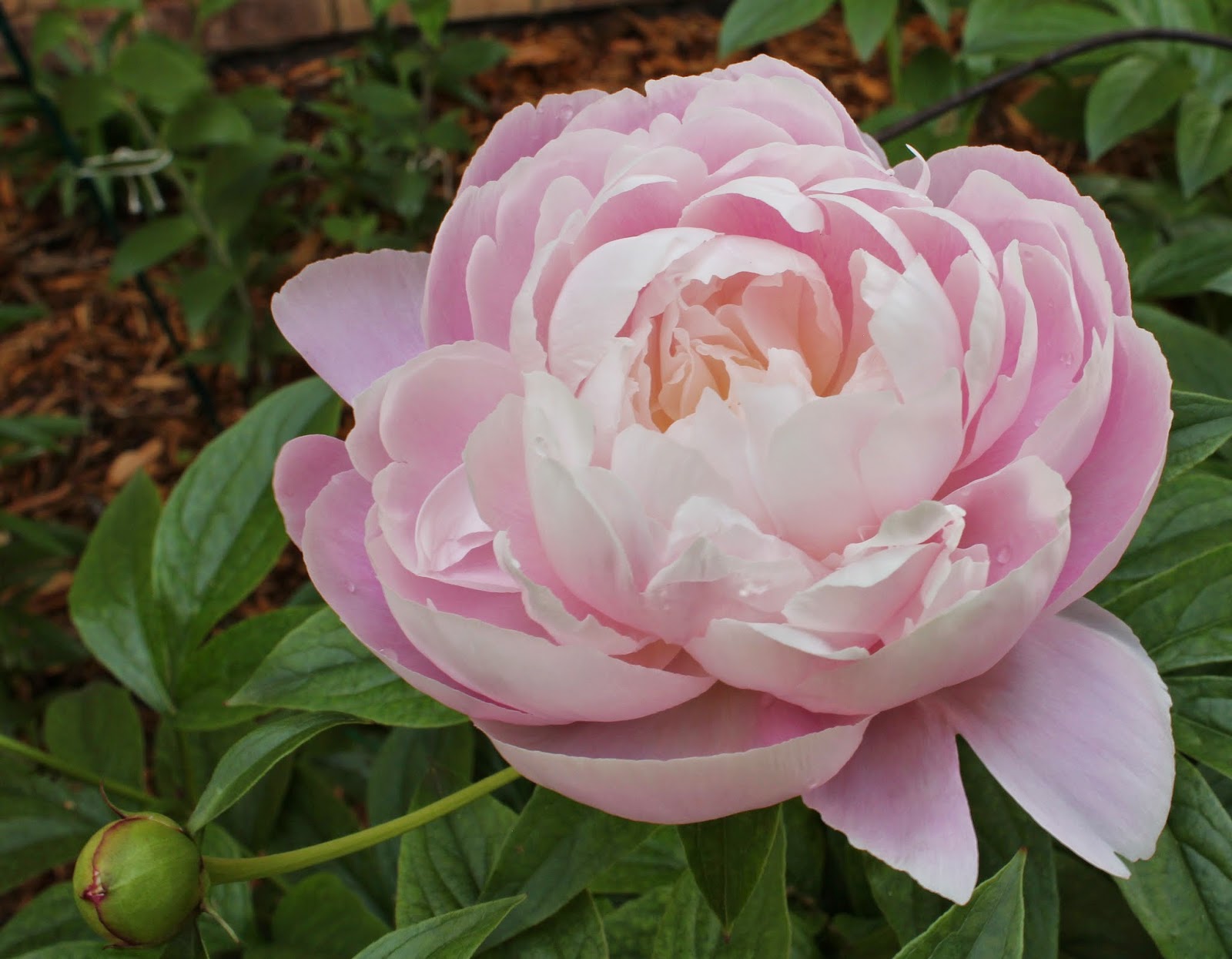 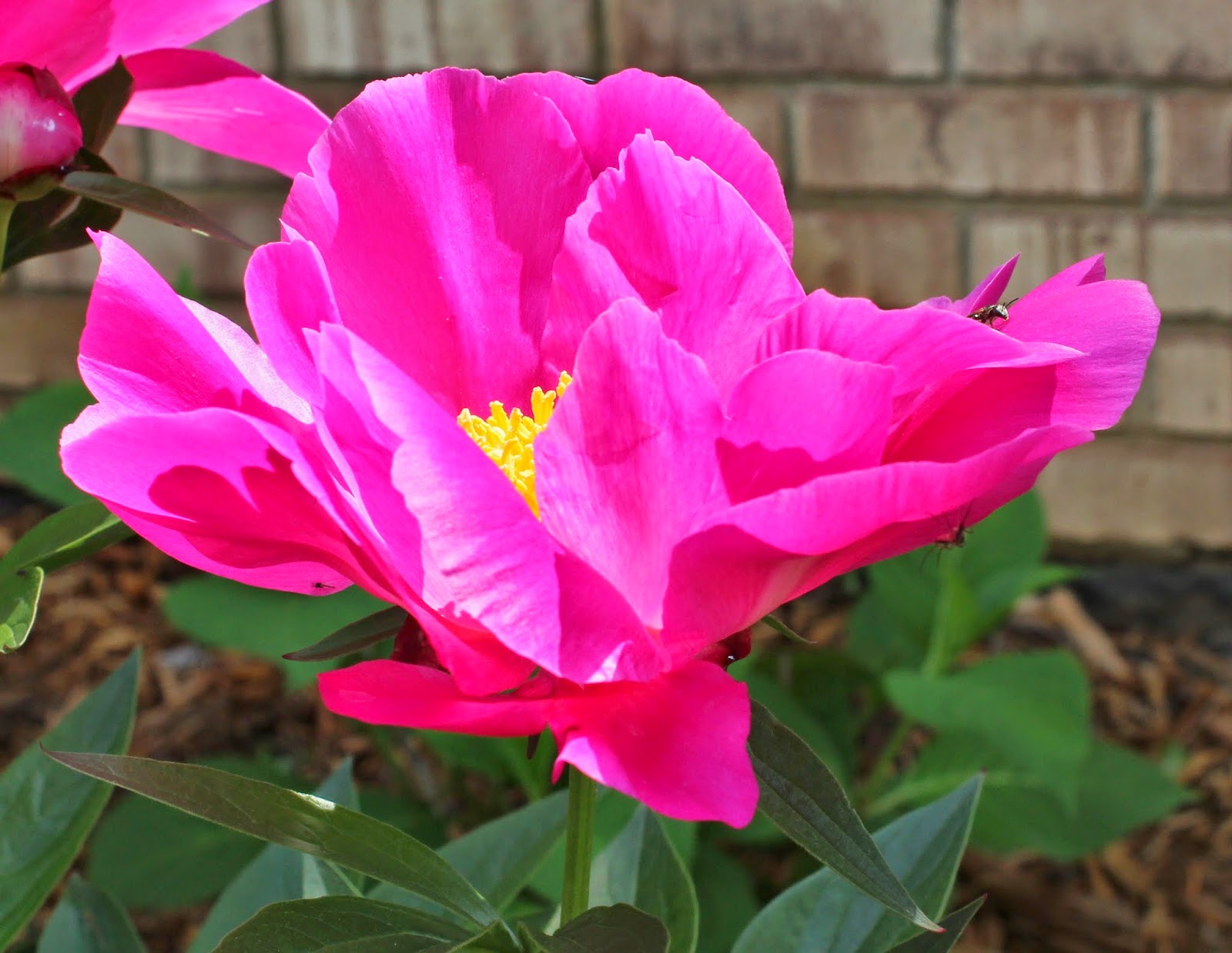 See the mosquito on the underside of the petal on the right? 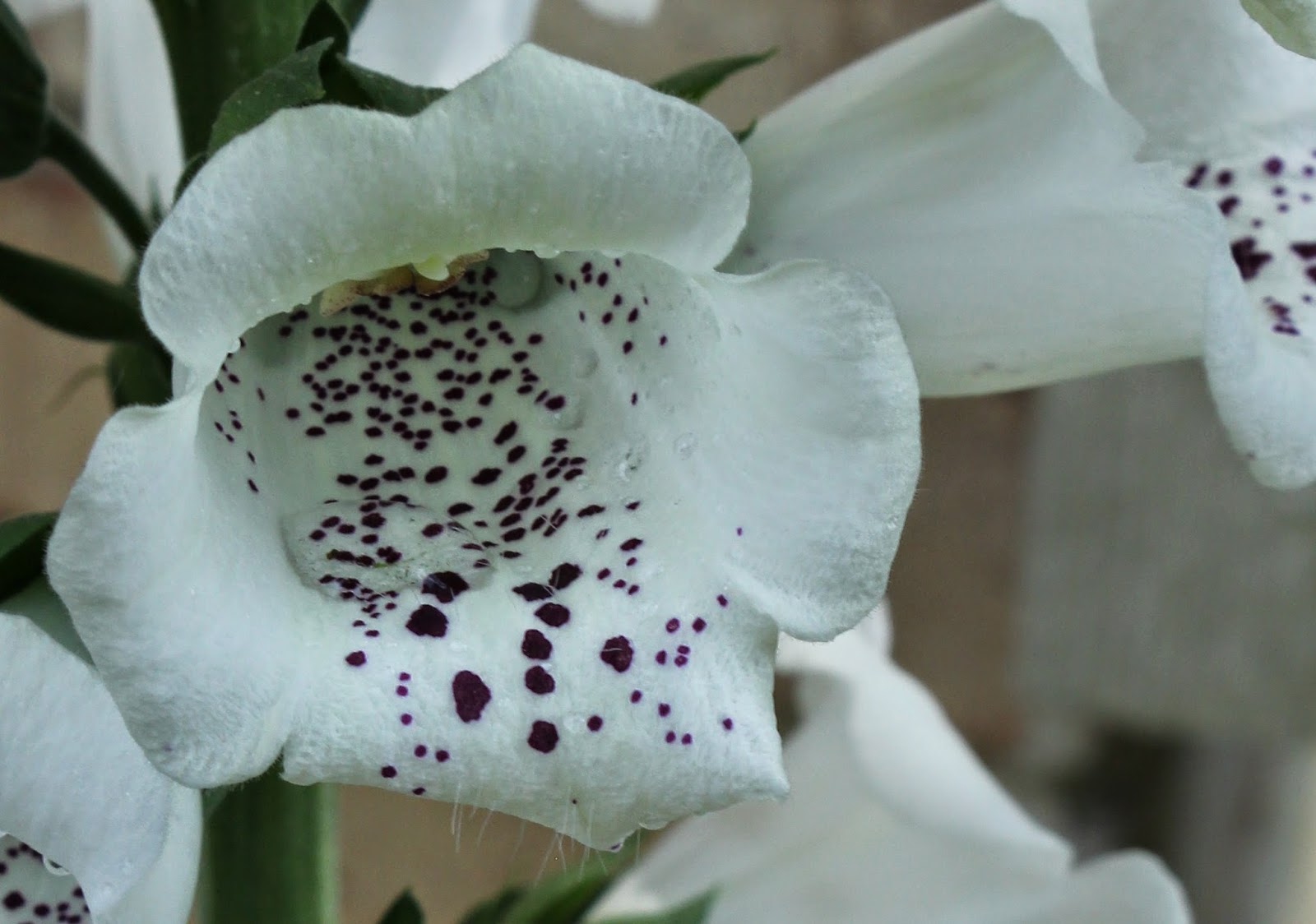 Foxgloves are supposed to self-sow. My fingers are crossed. 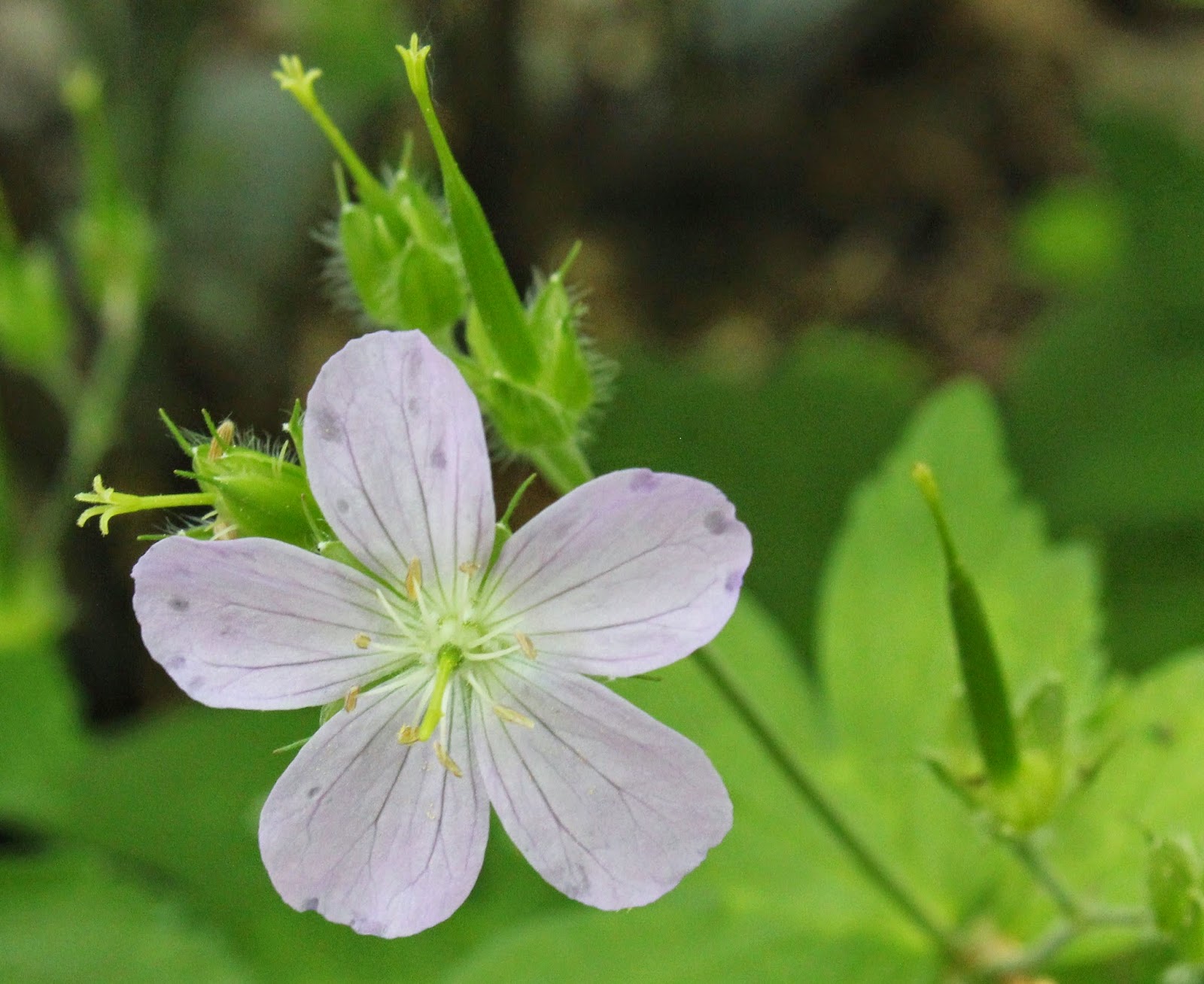 The wild geraniums are one of my favorites.
Posted by Ann Finkelstein at 6:52 AM 5 comments:

"Washboard is not a great solo instrument."
Posted by Ann Finkelstein at 6:55 AM 2 comments:

The Writing Process Blog Hop is taking kid lit by storm. I was tagged by a talented writer named Vicky Lorencen. Hop on over to Frog on a Dime to see her responses to the four questions.  I am tagging two great writers, Kristin Nitz and Kim Van Sickler. You can read more about Kristin and Kim at the end of this post. Kristin will post on Nitz Bits on June 24, and Kim will post on Swagger on June 30.

And now, on to the questions.

What am I working on now?
I’m finishing a YA fantasy novel that involves time travel. My next project will be a contemporary YA novel about a girl who learns about herself by discovering her mother’s and grandmother’s secrets. While my current project is an action-packed adventure, the next novel will be a character-driven story with a smattering of mystery and intrigue to keep the pages turning.

How does my work differ from others in its genre?
I hope my characters’ voices, their relationships, the plot twists and the details I’ve gleaned from research will help my novels stand out.

Why do I write what I do?
When writing for teens, I find the transition years most interesting. Moving from middle school to high school is hard, and I wrote a couple manuscripts that explored that time period. Lately, my characters have been facing the end of high school, the year when they leave the security of all they have known and become independent.

How does my writing process work?
My favorite time to write is in the morning. My brain seems to be most active early in the day, but when I’m engrossed in a project, new ideas pop up all day.  My younger son’s metal band used to practice in our basement. Some of my best writing occurred when they were jamming, and the house was literally vibrating with creative energy. Unfortunately, the band no longer practices here. I’m a member of The World’s Greatest Critique Group. We meet once a month to get feedback on our projects, share successes, and support each other through tough times. My critique group has a writing retreat every summer where we spend a long weekend writing and sharing our work.

Kristin Nitz
While Kristin Wolden Nitz will read almost anything from cereal boxes to the classics, she tends to avoid horror and extremely edgy YA. In her own work, Kristin is a bit of a genre hopper. Saving the Griffin is a contemporary fantasy for younger middle grade readers. Suspect is a young adult mystery.  Defending Irene, a sports novel, has been shelved in the children’s and YA section. Her books have been nominated for such things as the Kentucky Bluegrass Children’s Choice award and YALSA’s Best Fiction for Young Adults.

Kim Van Sickler
At the urging of a human trafficking expert at OSU, Kim Van Sickler is in the midst of self-publishing her debut novel, Snatched in Gullybrook. Some of her short stories are published and have won awards. Visit her group blog, Swagger.
Posted by Ann Finkelstein at 6:05 AM 9 comments:

We have a little family of chipmunks living by our front walk. The mom crosses the cement to pick my strawberries for her babies. Here are the two babies. 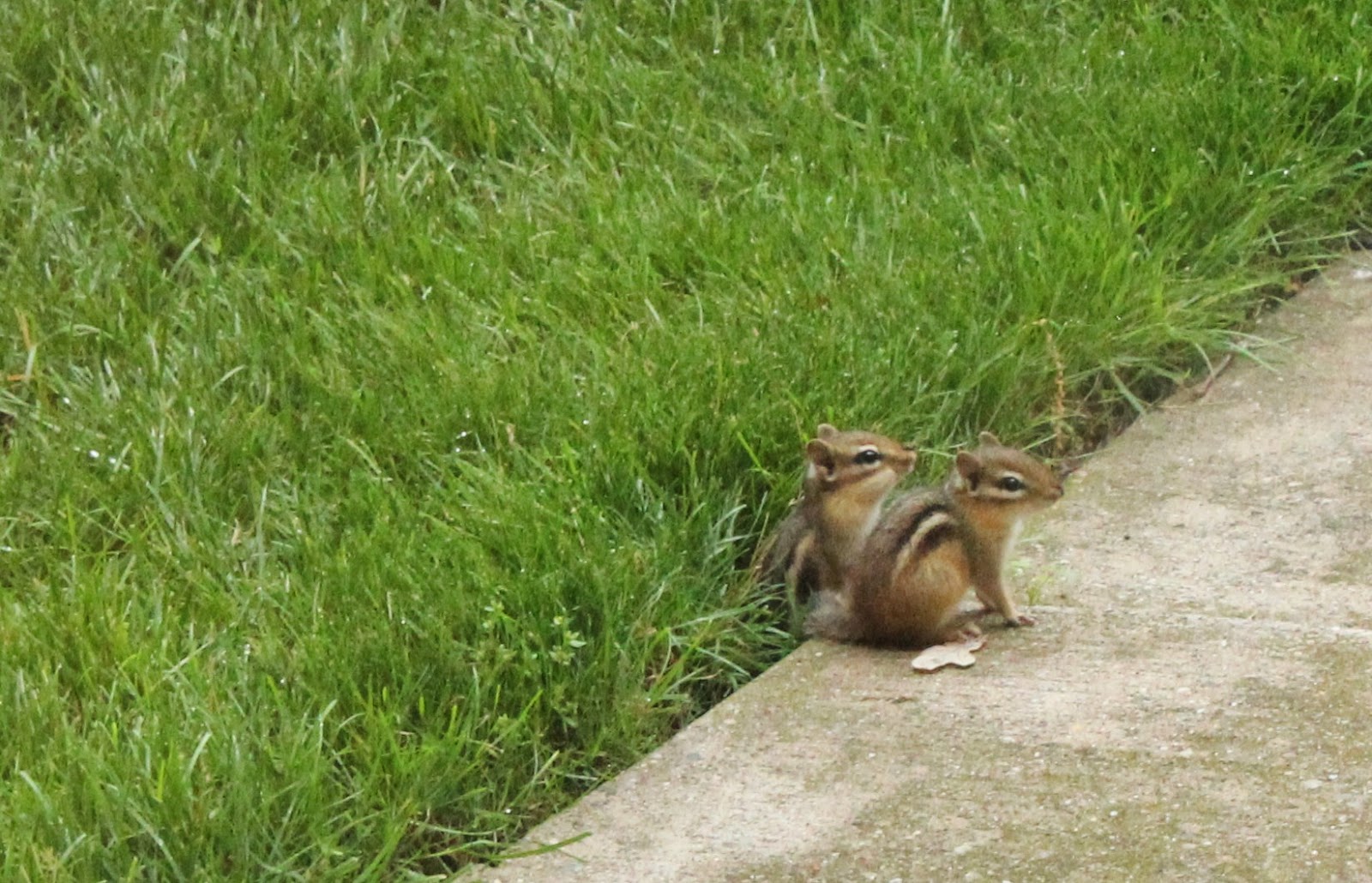 I had to take this picture from pretty far away and though a window.
Posted by Ann Finkelstein at 10:05 AM 4 comments:

On Friday, I'll be participating in the kid lit blog hop. In the mean time, check out my talented friend, Vicky Lorencen who tagged me in the blog hop.
Posted by Ann Finkelstein at 10:17 AM No comments:

"I know stuff. It just doesn't help me in any way."
Posted by Ann Finkelstein at 6:17 AM 2 comments:

This summer, I have been tutoring a student who wishes to retake the ACT. The quickest way to solve some of the math problems (for a student who has not taken advanced high school math) is to work backward from the answers. That’s right – trial and error on a timed test.

What does this have to do with novel writing? Working backward may help with novel planning.

Every novel has a similar structure. One of the easiest blueprints to follow is Blake Snyder’s Beat Sheet from Save the Cat. If I know, for example, that my character must make a choice at the beginning of Act 2, then I can put that into my outline, early in the planning stages. I don’t have to plan the novel in chronological order or figure out all of the events that influence or lead up to the decision. The next time I outline a novel, I’m going to fill in the bones first, then flesh it out. I may even begin with the “Dark Night of the Soul” and work toward the beginning.
Posted by Ann Finkelstein at 9:11 AM 3 comments:

This little guy was relaxing with his dinner on our deck railing. (No, I didn't Photoshop in the  black walnut.) 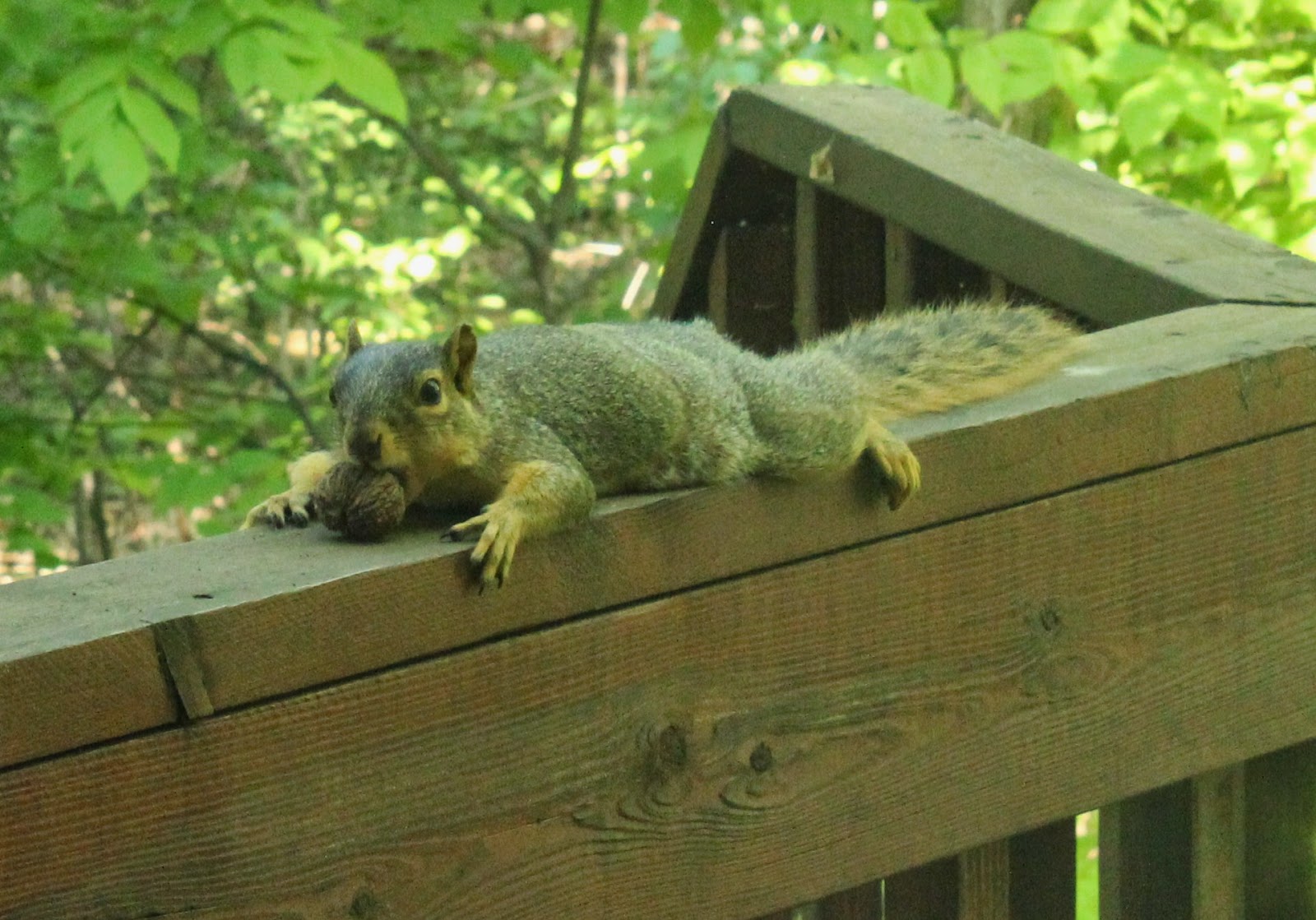 Posted by Ann Finkelstein at 7:21 AM 8 comments: